April 15, 2002[2] - May 31, 2002
ThunderCats is an American animated television series based on the characters created by Tobin "Ted" Wolf and produced by Rankin/Bass Productions, the creators of SilverHawks, TigerSharks, and The Comic Strip. The series aired from 1985 to 1989 in syndication. Leonard Starr was the head writer for the series, which follows the adventures of a group of cat-like humanoid aliens.

ThunderCats premiered on Cartoon Network's Toonami programming block on March 17, 1997, as the very first series shown on Toonami, and was a staple of the block for years, also appearing on the Midnight Run and the Rising Sun. The series last aired on Toonami on May 31, 2002.

ThunderCats, follows the adventures a group of cat-like humanoid aliens called Thunderians from the planet of Thundera. The dying planet Thundera is meeting its end, forcing the ThunderCats to flee their homeworld. The fleet is attacked by the Thunderans' enemies, the Mutants of Plun-Darr, who destroy most of the starships fleet, but spare the flagship hoping to capture the legendary mystic "Sword of Omens" they believe is on board. The sword holds the "Eye of Thundera", the source of the ThunderCats' power, which is embedded in the hilt. Though the Mutants damage the flagship, the power of the Eye drives them back. The damage to the ship means the journey to their original destination is not possible, instead having to journey to "Third Earth"; which will take much longer than they had anticipated. The eldest of the ThunderCats, Jaga, volunteers to pilot the ship while the others sleep in capsules; however, he dies of old age in the process, but not before ensuring they will reach their destination safely. The flagship contains the young Lord of the ThunderCats, Lion-O, as well as the ThunderCats Cheetara, Panthro, Tygra, WilyKit, WilyKat, and Snarf.

When the ThunderCats awake from their suspended animation on Third Earth, Lion-O discovers that his suspension capsule has slowed rather than stopped his aging, and he is now a child in the body of an adult. Together, the ThunderCats and the friendly natives of Third Earth construct the "Cat's Lair," their new home and headquarters, but before long, the Mutants have tracked them down to Third Earth. The intrusion of these two alien races upon the world does not go unnoticed, however - the demonic, mummified sorcerer, Mumm-Ra, recruits the Mutants to aid him in his campaign to acquire the "Eye of Thundera" and destroy the ThunderCats so that his evil might continue to hold sway over "Third Earth".

Lion-O — The leader and hereditary "Lord of the ThunderCats". His adventures are shown from childhood to adulthood on "Third Earth" and "New Thundera", together with his friends and followers, the ThunderCats. At the beginning of the series, Lion-O is a boy of mere twelve years old, but during the journey from the doomed planet Thundera he aged physically until he became an adult of age twenty-four; this was due to the suspension capsule diminishing but not altogether preventing aging. So although cunning and skillful, he is truly a child in a man's body, and throughout the series, he must learn what it takes to become a true leader and gain true maturity. Lion-O wields the Sword of Omens.

Tygra — a male Thunderian, architect, scientist, and member of the ThunderCats. He can become invisible, however, this doesn't prevent him from being seen by strong enough detectors. Along with the ability to turn invisible, he is armed with a large bolo whip. He is also the Thundercats Council leader, even though Lion-O is in command. A staunch, level-headed warrior based on the tiger, Tygra is the one Lion-O often turns to as second-in-command and for counsel. He is responsible for the design of all of the ThunderCat structures on Third Earth — the Cat's Lair and the Tower of Omens, as well as the devices the ThunderCats used when exploring New Thundera. He is also gifted with "mind-power" — the ability to create life-like illusions in other people’s minds; he used this for Lion-O’s Anointment Trial, but it puts a great strain on him.

Cheetara — As lovely as she is brave and cunning Cheetara is a female Thunderian, based off a cheetah, with an anthropomorphic humanoid physical form and an athletic build. She is normally seen wearing a one-piece orange leotard that has her Thundercat emblem at the chest. She is also a member of the ThunderCats. The only adult female ThunderCat (until the later appearance of Pumyra). She has incredible speed, once clocked at 120 m.p.h. on a morning jog. She can maintain this speed only for brief periods, but with it, she is very fast in combat. Her weapon is the baton or bo staff, which could extend to any length and shoot out energy beams. It was attached to a cuff on her left arm when not in use.

Panthro — A male Thunderian member of the ThunderCats. His only weakness is his fear of bats. He is the second eldest after Jaga (until Lynx-O is introduced), he is the chief mechanic/engineer and pilot for the ThunderCats. His name is a play on the words 'Panther', of which he is based, and 'Anthro', describing humans with animal tendencies and vice versa. Panthro is physically the strongest Thundercat and is a cunning warrior in combat, relying as much on martial arts as on physical strength. With Tygra’s help, he builds all of the vehicles the ThunderCats use on Third Earth — including the ThunderTank, the Feliner, the ThunderClaw, ThunderStrike and HoverCat. In combat, he uses a pair of nunchaku with open-away cat-paws, which house several chemical spray-compounds that he can use against foes. The spikes on his chest bands can be used like projectile weapons or as rappelling lines.

Wilykat — the brother of Wilykit and the older of the two Thunderkittens. They were close to Lion-O's age when escaping Thundera before its destruction. However, their suspension capsules aboard the Thunderian Flagship worked and maintained their age while Lion-O's capsule did not. WilyKat is the more cautious of the two and he often shows his adventurous sister concern. WilyKat and Wilykit's primary weapons are the grenade capsules on their belts, containing a variety of chemical, smoke, and incendiary compounds.

Wilykit — Wilykit is a very adventurous young member of the ThunderCats, she spends most of her time with her brother Wilykat. The pair of young thunderians are playful and active. She does not go on as many missions as the older thundercats. She, like her brother, uses a myriad of tricks and gadgets as her primary weapon. She is small and agile. It is also important to note that she is possibly more skilled with her spaceboard than her brother is with his.

Snarf — Snarf Osbert is of the Snarf species and was Lion-O's nurse-maid as a child (and as an adult much to Lion-O's chagrin). His nephew Snarfer calls him "Uncle Osbert." Snarf is an excessive worrier and something of a pessimist, his courage and loyalty is as evident as any full-sized ThunderCats, particularly when defending Lion-O. At the start of the series, Snarf was often complaing how he is ignored by the others, as well as seeming to have nothing important to do now that the young lord Lion-O has grown into a adult. But as the series goes on, Snarf proved to be just as much of a Thundercat as the others. Snarf has few abilities, but one of his more notable abilities is to communicate with animals. He is notably the cook for the ThunderCats preparing most food for them.

Jaga — A male Thunderian noble and a ThunderCat. Jaga was Claudus' successor as Lord of the ThunderCats and keeper of the Sword of Omens after Claudus was blinded fighting the Mutants. Jaga was once good friends with Grune until the latter's betrayal. During the exodus from Thundera, Jaga commanded the Royal Flagship of the ThunderCats, manned by Cheetara, Tygra, Panthro, Wilykit and kat, Snarf and the then 12 year old Lion-O. After beeing attacked by the Mutants from the planet Plun-Darr the ship was badly damaged, and while the ThunderCats completed the journey in suspension capsules, Jaga chose to pilot the ship to their new home, knowing that he would not complete the journey. He died just before reaching Third Earth Jaga's spirit form appears as a mentor to Lion-O.

Mumm-Ra — The main antagonist of the series, demonstrating absolute mastery of magic. He often uses the Mutants of Plun-Darr as pawns in his schemes to defeat the Thundercats. Their original intention was to steal, and utilize the power of the Eye of Thundera (and in one episode, the Star of Thundera as well); however, this swiftly shifts to a series-long determination to outright obliterate the Thundercats. Mumm-Ra is an ancient native from Third Earth, serving as the undead focus for the Ancient Spirits of Evil — four god-like entities of nearly unlimited power, but whose influence is limited to the Black Pyramids found on either Third Earth or New Thundera. As such, outside of either pyramid, they can only interact with the physical world through Mumm-Ra. They provide him with immortality, as granted through his sarcophagus in exchange for perpetual servitude. When leaving the pyramid, he can summon the power to transform himself into a more vigorous form: Mumm-Ra, the Ever-Living by reciting the famous incantation: “Ancient spirits of evil, transform this decayed form to Mumm-Ra, the Ever-Living!” While in this form, Mumm-Ra possesses superhuman strength, the ability to fly, as well as fortification of his mystical might — casting spells, throwing energy bolts, etc. — to battle his foes. He can also alter his physical form into a variety of alter-egos to deceive his enemies. 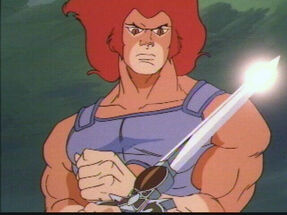 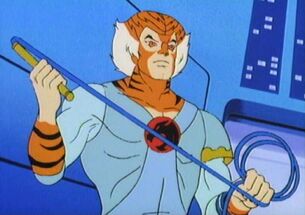 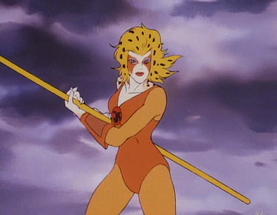 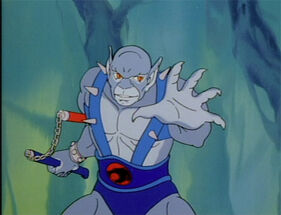 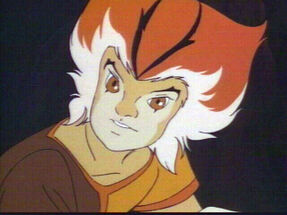 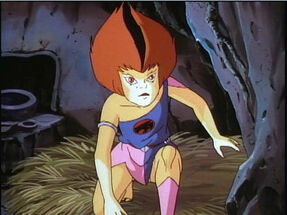 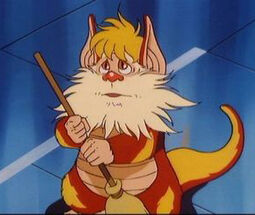 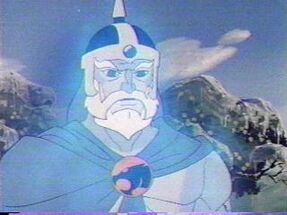 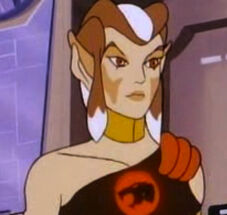 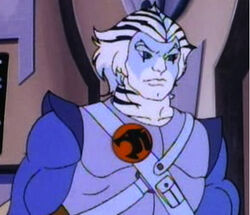 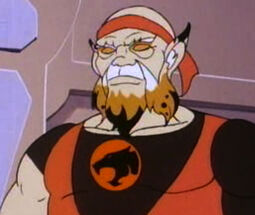 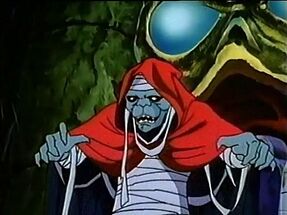 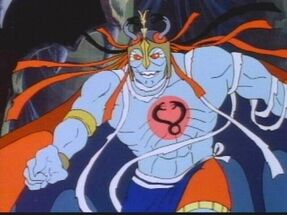 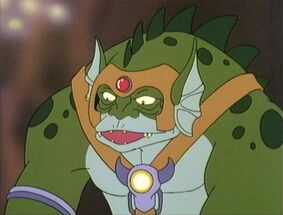 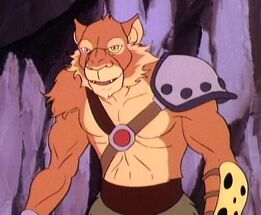 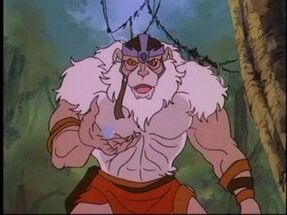 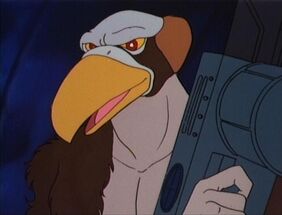 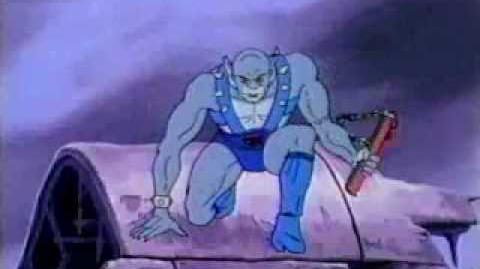 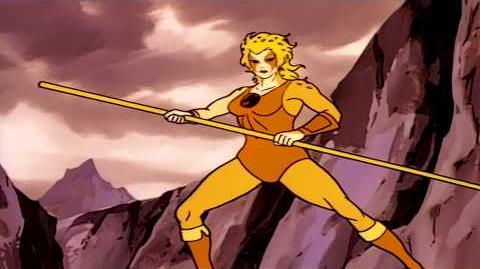 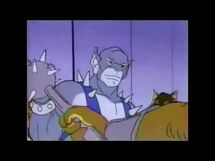 The original pilot episode aired on January 23, 1985, followed by the four-season series run from September 1985 to 1989. Season one of ThunderCats premiered in 1985 (65 episodes), followed by a TV movie entitled ThunderCats - HO! In 1986. Seasons 2, 3, and 4 then followed a new format of twenty episodes each, beginning each season with a five-part special similar to Thundercats - Ho!. The Toonami order of the first season differs from the original broadcast order, which is the order used for the DVD release of the series.

The entire series has been released on DVD, collecting season 1 across two box-sets, with the remaining 65 episodes spread out over two further sets (misleadingly labeled as "Season 2, Volume 1" and "Season 2, Volume 2", not helping to dispel the internet-borne misconception about the show's season structure). Season 1, Volume 1 was recalled when it was discovered that the second episode was missing its background musical score, and a corrected version was released in its place. Volume 1 was released on August 9, 2005 and volume 2 on December 6, 2005.

ThunderCats originally premiered in the United States in first-run syndication, with a 2-part pilot, on January 23, 1985. The series then aired in first-run syndication from September 11, 1985 to September 29, 1989. The series aired on Cartoon Network as part of the new Toonami block on March 17, 1997, airing on the block until May 31, 2002. From 2000 to 2003, ThunderCats also aired on Cartoon Network in non-Toonami time slots during afternoons and mornings. In 2011, ThunderCats briefly returned to Cartoon Network as part of Big Fan Weekend to promote the 2011 reboot.

The series returned to the weekday lineup on July 27, 1998 at 4:30 PM, replacing Robotech. On October 2, 1998, the series was replaced in the lineup by Super Friends. During this time, the series also returned to the Saturday lineup on August 8, 1998 at 1:00 PM replacing Sailor Moon. The series aired on the Saturday block until the block was cancelled after the October 3, 1998 broadcast.

ThunderCats only had one marathon appearance during its run on Toonami, Toonami: Full Cycle.

In 2011, a reboot of the original series was released. The new ThunderCats was developed by Warner Bros. Animation, which had become the parent company of Telepictures Corporation (through which the original program had been syndicated), and Studio 4°C, and it combined elements of western animation, with Japanese anime. The series began with an hour-long premiere on Cartoon Network on July 29, 2011. It was cancelled in 2013 after only one season.