Throughout its history, Toonami has featured many special movie presentations, often introduced as In-flight Movies by SARA. During its weekday afternoon run, 1997-2004, Toonami would usually air most of these movies on Fridays or during special marathons, such as Toonami: Full Cycle. Although billed by Toonami as simply "movies", these presentations actually included other long forms of animation, usually ranging from 1-2 hours in length.

Original Video Animation (OVA) series, such as Blue Submarine No. 6 and Gundam Wing: Endless Waltz, were also billed as movie presentations when they were shown in their entirety during a single Toonami broadcast. Special 3-part story arcs of certain Toonami shows were also billed as movies. These included three 90-minute premiere specials of new Toonami shows (He-Man and the Masters of the Universe, Transformers: Armada, and Duel Masters). As well as World's Finest, a story arc from Superman: The Animated Series, and the two Justice League season finale arcs: Justice League: Savage Time and Justice League: Starcrossed.

During Moltar's hosting era, the same "Movie Intro" was used for all the movies aired. This intro begins with the Clyde 49 logo on a test screen (SMPTE color bars) and featured clips of the movies, followed by the Clyde 49 logo again. During the TOM 1 and TOM 3 eras, Toonami movies did not have an all-encompassing intro and instead received their own personalized intros, similar to those of Toonami shows. During the TOM 2 era, Toonami began calling movie presentations "In-flight Movies". The intro featured TOM and SARA sending the Absolution into Hyperspace and starting the movie after a 5-second countdown. On Adult Swim, TOM continued the tradition of sending the Absolution into hyperspace for movies. However, after the destruction of the Absolution Mk. III, this intro is no longer in use.

Toonami began airing movies during the Moltar era, with the first (Batman: Mask of the Phantasm) premiering on Friday, January 8, 1999. Typically, during the weekday afternoon era (1999-2004), movies would air as Friday exclusives. However, movies did not air every week. Instead, a certain amount of movies would air each Friday over a certain chunk of time, usually 8-9 weeks.

For example, the first batch of 6 Toonami movies aired over 6 weeks from January 8, 1999 to February 12, 1999. The first batch of movies included: Mask of the Phantasm, Batman & Mr. Freeze: SubZero, Jonny Quest VS. The Cyber Insects, Dragon Ball Z: The Tree of Might, Dragon Ball Z: The World's Strongest and Dragon Ball Z: Dead Zone. Excluding Jonny Quest which only aired one time, these movies were aired the greatest number of times on the block throughout its entire run. From 1999 to 2001, Toonami aired 41 movie presentations and the 5 movies listed above made up 29 of those presentations.

On Saturday, May 29, 1999, the week long DBZ20XL marathon concluded with three back-to-back movie presentations from 12 PM to 4:30 PM. The marathon featured: The Tree of Might, The World's Strongest, and Dead Zone.

In April of 2000, the marathon Toonami: Full Cycle saw Toonami take over Cartoon Network for 24-hours, from 6 AM, Saturday, April 8th to 6 AM, Sunday, April 9th. The marathon featured 5 movies that had aired on the block before: Mask of the Phantasm, SubZero, Dead Zone, The Tree of Might and The World's Strongest.

The next batch of movies did not air on Toonami until the end of 2000, when 8 movies aired over 9 weeks from November 10, 2000 to January 5, 2001. These 8 movies included 5 movies that aired on the block previously and 3 that were new to Toonami. The new movies included: Endless Waltz, World's Finest, and Blue Sub. Blue Sub had aired on the block prior to this. However, this marked the first time the OVA series had aired as a 2-hour movie presentation. The previously aired movies included: the 2 Batman movies and the 3 Dragon Ball Z movies.

Movies returned to Toonami just 2 months later, when 8 movies aired over 9 weeks, from March 9, 2001 to May 4, 2001. The 8 movies shown during this time were all previously aired and included: Blue Sub, Endless Waltz, World's Finest, the 2 Batman movies and the 3 Dragon Ball Z movies. There was however supposed to be one new movie aired during this time. Sailor Moon R: The Movie was scheduled to air on March 16th, and was even promoted during the preceding week with a few different promos. However, it was ultimately replaced with a rerun of The Tree of Might at the last minute.[1]

In August, there was a special poll started on toonami.com, asking fans to pick the Batman movie that they wanted to see kick off that summer's 7-week schedule of Friday in-flight movies. This special poll, titled Pick-a-Flick, had viewers choose between: SubZero, World's Finest and Batman Beyond: Return of the Joker. Return of the Joker won the poll and made its Toonami premiere on August 9, 2002. The next two Friday in-flight movies featured 90-minute premiere/preview specials of two upcoming Toonami shows: He-Man and Transformers: Armada. Over the next four weeks, from August 30, 2002 to September 20, 2002, 4 additional movies aired: Endless Waltz, World's Finest, Sailor Moon SuperS: The Movie, and The Iron Giant. The final movie, The Iron Giant coincided with the third Toonami Total Immersion Event, Trapped in Hyperspace, which aired on Toonami from September 16th-20th.

The final batch of movies to air on the weekday afternoon Toonami block aired over the course of 13 weeks. From January 9, 2004 to April 2, 2004, 12 movies aired on Fridays and included: G.I. Joe: Spy Troops, Bardock - The Father of Goku, The History of Trunks, Cooler's Revenge, The Return of Cooler, Hot Wheels: World Race, the 90-minute premiere/preview special for Duel Masters, The Powerpuff Girls Movie, Justice League: Savage Time, Return of the Joker, Pokemon - The First Movie and Pokemon The Movie 2000. The final movie to air on the weekday afternoon Toonami block was Pokemon 3: The Movie, which aired on Friday, April 16, 2004. The following day, April 17, 2004, Toonami moved to Saturday nights.

Toonami kicked off the move to Saturday nights with 7 weeks of movie presentations, that included: Bionicle: Mask of Light, Dragon Ball Z: Lord Slug, Batman: Mystery of the Batwoman, Bardock - The Father of Goku, The History of Trunks, G.I. Joe: Spy Troops and Justice League: Starcrossed. Starcrossed was the 3-part series finale of Justice League and actually aired again about two months later on July 24th, the week before the premiere of Justice League Unlimited.

Following this initial run of 7 movies, in-flight movie presentations became more sporadic for Toonami. For the remainder of 2004, only 2 movies aired on the block: G.I. Joe: Valor vs. Venom on November 27th and Bionicle 2: Legends of Metru Nui on December 18th.

Throughout 2005, the 4-part Hot Wheels: AcceleRacers movie series was aired on the block. Ignition aired on January 8th, followed by The Speed of Silence on March 19th, Breaking Point on June 25th, and finally The Ultimate Race on October 1st. Only 4 other movies were aired in 2005: Yu-Gi-Oh! The Movie: Pyramid of Light on July 30th, Zatch Bell!: Zatch and Kiyo's Odyssey on September 3rd, The Batman VS Dracula on October 22nd, and the live-action Batman (1989) film on November 19th. The Batman film from 1989 was the first live-action series or movie to air on Toonami.

Following the success of A Month of Miyazaki, Toonami began to air movies more frequently as a total of 18 movie presentations were aired in 2006. Ultimate Avengers aired on April 22nd, followed a month later by the Zatch Bell! recap special, Zatch Bell!: Friends Getting Stronger!, on May 20th. One month later, on June 17th, Superman: Brainiac Attacks premiered on Toonami.

The next movie did not air for nearly three months, when three movies aired over the course of three weeks: Pokemon Mystery Dungeon: Team Go-Getters out of the Gate! on September 9th, Teen Titans: Trouble In Tokyo on September 16th, and Naruto: The Adventures of Naruto!… on September 23rd.

On October 14th, a rerun of Ultimate Avengers was aired in preparation for the premiere of Ultimate Avengers 2: Rise of the Panther the following week, October 21st. Hellboy: Sword of Storms was then aired on October 28th, followed two weeks later by the premiere of Dragon Ball Z: Fusion Reborn on November 11th. Two more movies aired from November 25th to December 2nd: Tony Hawk in Boom Boom Sabotage and Dragon Ball Z: Wrath of the Dragon.

The final Toonami broadcast of 2006 consisted of a movie marathon titled, New Year's Eve's Eve, which featured the movies: Spirited Away and Hellboy: Sword of Storms.

Throughout March of 2007, Toonami celebrated its 10-year anniversary with a 5-week movie marathon. The first four weeks of the marathon featured 4 movies, one each week, from March 3rd to March 24th. The movies featured during the first four weeks included: The Invincible Iron Man, Stan Lee Presents: Mosaic, Hellboy: Blood & Iron and Stan Lee Presents: The Condor. The marathon concluded on Saturday, March 31st with 2 movies: Spirited Away and Teen Titans: Trouble in Tokyo.

Almost a month later, on April 28th, Toonami presented the live-action Spider-Man film from 2002. A sneak preview for the upcoming Spider-Man 3 was also shown before the movie. On May 19th, the Naruto OVA, Naruto - Mission: Protect the Waterfall Village!, made its premiere on Toonami with two airings at 7 PM and 10 PM. On June 9th, Teen Titans: Trouble In Tokyo aired on Toonami. The Toonami broadcast on August 11th featured 2 movie presentations. With the premiere of Ben 10: Secret of the Omnitrix at 7 PM, followed by Mission: Protect the Waterfall Village! at 8:30 PM.

On September 8th, Naruto the Movie: Ninja Clash in the Land of Snow made its Toonami premiere with two back-to-back airings at 7 PM and 9 PM. The movie also aired again two months later on November 17th.

Almost 6 months later, on May 10th, the 4-part short film, LEGO Indiana Jones and the Raiders of the Lost Brick aired during commercial breaks on Toonami. In July, Toonami's final batch of 6 movies aired over 4 weeks from July 12th to August 2nd. The movies included: Superman: Doomsday, Hellboy: Sword of Storms, Hellboy: Blood & Iron, Return of the Joker, Naruto the Movie: Legend of the Stone of Gelel and Batman & Mr. Freeze: SubZero. The final movie aired on Cartoon Network's Toonami block, SubZero, was also one of the first movies aired on Toonami (January 15, 1999). Toonami was cancelled just a month later and was broadcast for the final time on Cartoon Network on September 20, 2008.

In 2012, the Toonami block was revived on Adult Swim. However, movies would not return to the block until March 16, 2013, when Evangelion: 1.11 You Are (Not) Alone premiered on the block. The first film from the Rebuild of Evangelion tetralogy was aired to celebrate Toonami's 16-year anniversary. Five months later, the second film from the Rebuild of Evangelion tetralogy, Evangelion: 2.22 You Can (Not) Advance, aired on Toonami on August 31st. The short film Kick-Heart also aired twice on the block, at 2:30 AM and 3:45 AM, on August 31st.

In December of 2013, Toonami presented a Month of Movies during which four movies were aired, one each week, from December 7th through December 28th. The movies featured during this movie marathon included: Akira, Summer Wars, Fullmetal Alchemist: The Movie - Conqueror of Shamballa and Trigun: Badlands Rumble.

Another movie did not air on Toonami until May 24th, when the Dragon Ball Z film Cooler's Revenge aired at Midnight. Cooler's Revenge is notably the only movie to air on both the Cartoon Network and Adult Swim versions of Toonami. The movie also aired a second time in 2014, on November 1st, during the extra hour added by the ending of Daylight Savings.

After 22 months without movies on Toonami, they returned to the block in 2016. The first movie, Children Who Chase Lost Voices, aired on November 5, 2016. It was followed by two short films that aired in December: Scavengers on December 24th (at Midnight and 3:15 AM) and Shelter on December 31st.

The following is a list of movies, OVAs and specials that appeared on Cartoon Network's Toonami block from January 8, 1999 to August 2, 2008.

The following is a list of movies, OVAs and specials that have appeared on Adult Swim's Toonami block since March 16, 2013. 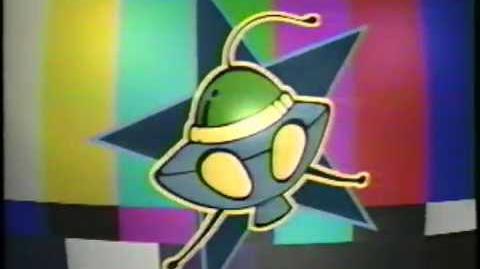 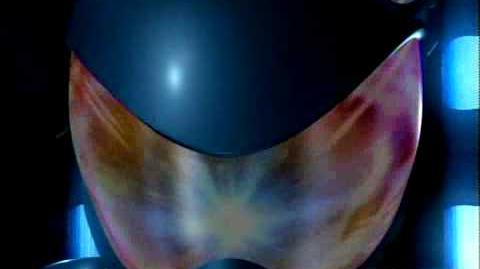 Retrieved from "https://toonami.fandom.com/wiki/Toonami_Movies?oldid=45364"
Community content is available under CC-BY-SA unless otherwise noted.