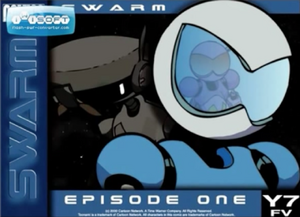 On the Automaton Construction Platform Gideon Alpha-12, several beta-droids are about to be tested by the Operations Administration Robot (OAR) LARS. After one of the beta-droids, TOM, rubs LARS the wrong way, the OAR decided to make sure that TOM fails his tests and gets sent to the recycling heap. Meanwhile TOM befriends another beta-droid named, RUBY. At the first test to determine if the droids qualify for service, the Hazard Logistics Field, TOM and RUBY are able to avoid the obstacles and make it through, despite some interference from a couple of demolition droids. At the next test, the Zero-G Dexterity Exam, despite being sabotaged by the demolition droids again TOM is able to survive. At the final stage TOM has only to push a button to pass the test but the demolition droids prevent him from doing so within the time limit. 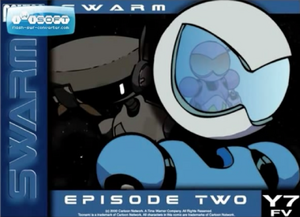 Due to the interference of the demolition droids, TOM fails to qualify for service. As he is about to be sent to the recycling heap, a swarm of Nebula Rays attack Gideon Alpha-12. As most of the droids on the platform evacuate, TOM decides to save the platform. Using the Communications Center Antenna, TOM is able to send a distress signal. However the Nebula Rays attack him and he decides to use a found plasma torch to try to fight them off. 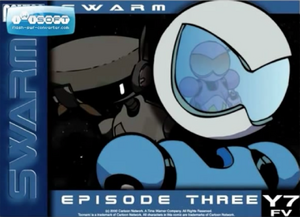 Using the plasma torch, TOM is able to fend off the Nebula Rays. However a hull breach sucks TOM and the Rays out into space, where the Rays attack the escape ship that RUBY is on. TOM saves RUBY and as something begins firing at the Rays, the two droids receive a transmission from a star-cruiser, the Absolution. After all the droids are safely back in Gideon Alpha-12, the Absolution offers to buy TOM from LARS, to which LARS agrees. After saying goodbye to RUBY, TOM boards the Absolution. 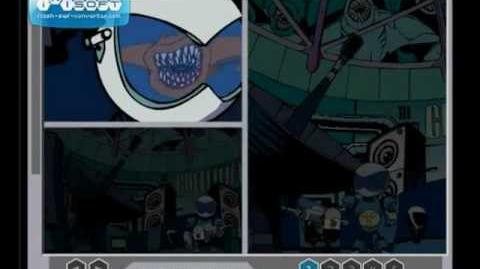