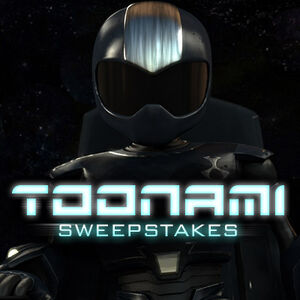 Since 1997, Toonami has held many sponsored sweepstakes, contests and giveaways that gave the loyal viewers chances to win prizes. These sweepstakes were used as marketing promotions to reward existing Toonami viewers, as well as to draw in additional new viewers to the programming block.

The 2 non-continental states, Hawaii and Alaska, were also excluded from several sweepstakes. Possibly due to cost or logistical reasons, such as higher costs of shipping and or travel logistics for winners, if travel was included in the prize.