Transformers: Armada is a Transformers animated series which was originally scheduled for release in 2001; however, it was delayed until early-2002. The series was produced in Japan with animation by Actas Inc. As the first series co-produced between the American toy company, Hasbro, and their Japanese counterpart, Takara, Armada begins a new continuity/universe for Transformers, with no ties to any of the previous series, including the immediately prior Transformers: Robots in Disguise in 2001. It would go on to birth two sequels in the form of Transformers: Energon and Transformers: Cybertron.

On the planet of Cybertron, war rages between the two factions known as the Autobots and the Decepticons over the race of smaller, power-enhancing Transformers called Mini-Cons. Seeking to flee the conflict that surrounds them, the Mini-Cons escape Cybertron with the aid of the Autobots, but an attack by the Decepticons cripples the ship as it flees through a spacebridge. The ship materializes in Earth's Solar System and impacts Earth's moon, breaking the ship in two. One portion of the ship stays embedded on the Moon, while the other plummets to the planet below. The Mini-Cons, all locked in pentagonal stasis panels, are scattered across Earth. The ship crashes to Earth and millions of years pass.

When Bradley "Rad" White and Carlos Lopez investigate the caves outside their city, they accidentally uncover the wreckage of the Mini-Con ship and activate it, causing it to send a signal that alerts both the Autobots and Decepticons to the Mini-Cons' presence on Earth. Megatron and Optimus Prime's forces teleport to Earth from Cybertron as a result. Rad, Carlos and their friend Alexis befriend the Autobots, along with the Mini-Cons High Wire, Grindor and Sureshock. The Transformers assume earthen alternate modes, and the hunt begins to locate the scattered Mini-Cons. 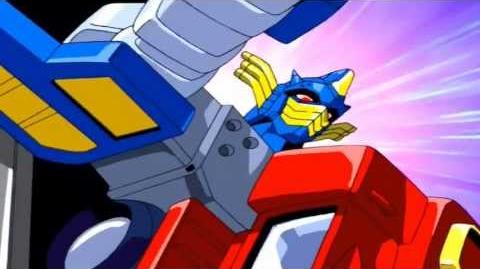 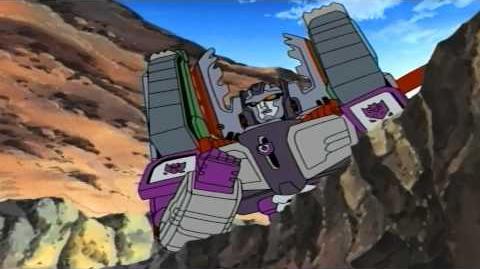 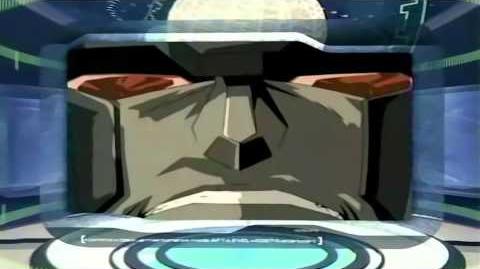 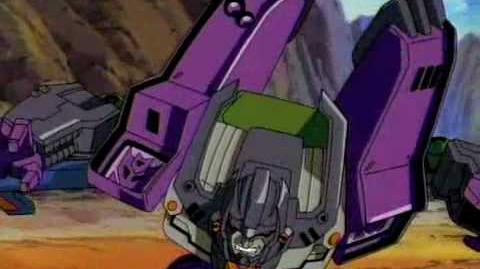 Transformers: Armada initiated a total continuity reboot, setting up a brand new Transformers universe separate from any previous storyline. Together with its two sequels, Transformers: Energon and Transformers: Cybertron), this continuity family is now known as the "Unicron Trilogy." Rhino released a few DVD collections in the United States, before releasing the entire series in two box sets in 2004 and 2006 respectively. These releases have since gone out of print. Shout Factory rereleased the entire series on DVD on March 11, 2014.

After a sneak peek of Transformers: Armada aired on the Toonami block on August 23, 2002,[2] the series began airing exclusively on Fridays from August 30 - November 1, 2002, with new episodes beginning September 20th (episode 4: "Comrade").[16] On November 4th, the series also began airing Monday-Thursday until March 14, 2003[17][3]. The series returned to Toonami for a second run beginning on September 1, 2003, airing exclusively on Fridays until September 29, 2003[5], when it also returned to the Monday-Thursday lineup. The series then stayed in the lineup until January 2, 2004.[6] The series also appeared on Toonami: Super Saturday from September 21, 2002 to February 22, 2003, the final airing of the block before its cancellation.