26 (List of Episodes)
Trigun is a 26 episode Japanese anime series, based on the manga series of the same name written and illustrated by Yasuhiro Nightow. The anime series was produced by Madhouse Studios and originally aired in Japan on TV Tokyo from April 1, 1998 to September 30, 1998.

The series was initially licensed by Pioneer Entertainment (later renamed Geneon) who created an English dub, produced by Animaze inc.[1] However, in 2010, Funimation Entertainment acquired the North American rights to the series.[2] The series initially failed to garner a large audience in Japan, during its original premiere in 1998, but gained a substantial fan base following its premiere in the United States on Adult Swim in early 2003. In 2012, Adult Swim aired one episode of Trigun during its Toonami April Fools Event. An animated feature film, titled Trigun: Badlands Rumble, based on the series was released in April 2010.

Known for its Space Western theme, Trigun is about a man named "Vash the Stampede" and the two Bernardelli Insurance Society employees who follow him around in order to minimize the damages inevitably caused by his appearance. Most of the damage attributed to Vash is actually caused by bounty hunters in pursuit of the "60,000,000,000$$" (sixty billion "double dollars") bounty on Vash's head for the destruction of the city of July. However, he cannot remember the incident due to retrograde amnesia, being able to recall only fragments of the destroyed city and memories of his childhood past. Throughout his travels, Vash tries to save lives using non-lethal force. He is occasionally joined by a priest, Nicholas D. Wolfwood, who, like Vash, is a superb gunfighter with a mysterious past.

As the series progresses, we learn more about Vash's mysterious history and the history of human civilization on the planet Gunsmoke. The series often employs comic relief and is mostly light-hearted although its tone shifts toward darker and more dramatic situations as the series draws to a conclusion. The story line also involves moral conflict pertaining to the morality of killing other living things.

Vash the Stampede — Vash is a very lighthearted, expert marksman that tries to promote love and peace as he personally said in several episodes. He appears to be a very merry person that dislikes seriousness, but is actually very deep and serious as can be seen in the situations he finds himself in. He usually presents a smiling façade, which Wolfwood is prone to call a "false smile." Beneath this smile lies a lot of pain and the burdens that Vash has chosen to carry. Also known as The Humanoid Typhoon, he is a wandering gunman who had a 60 billion "double dollar" ($$) bounty on his head until the government reclassified him from a Human being to a "localized disaster".

Meryl Stryfe and Milly Thompson — Two agents of the Bernardelli Insurance Company, sent to evaluate claims regarding the Humanoid Typhoon. Initially, they dismiss the idea that the real Vash is the legendary Humanoid Typhoon (partially due to the lack of an introduction), but the two eventually learn (much to Meryl's dismay) that this is indeed the person they are assigned to track.

Nicholas D. Wolfwood — A superb gunman, almost equal to Vash himself. Wolfwood is a priest, and carries with him an enormous cross as a symbol of his faith and a reminder of his sins; however, the cross contains a machine gun and a rack of automatic pistols. Wolfwood and Vash get into many conflicts over the morality of murder. According to Wolfwood's mentor "...we are sometimes driven to become the devil himself."

Knives Millions — The main antagonist, and Vash's brother. Like Vash, he is a sentient power plant created by humans, but unlike Vash, he is a cruel mass murderer that intends to wipe out the entire human race, considering them unfit for this world. Most of the situations Vash ends up in are, in one way or another, connected to Knives.

Rem Saverem — Vash's mentor and childhood friend, who taught him the value of life. It is mostly because of her that Vash is the hero he is. Vash constantly finds himself asking what Rem would do in his situation. When this happens, Vash enters a peaceful "dream world" where he asks her for help.

Gung-Ho Guns — A group of superhuman assassins consisting of Monev the Gale, Dominique the Cyclops, E.G. Mine, Rai-Dei the Blade, Leonof the Puppet-Master, Gray the Ninelives, Hoppered the Gauntlet, Zazie the Beast, Midvalley the Hornfreak, Caine the Longshot, and Chapel the Everegreen. All members have extraordinary abilities and equipment. Their leader is Legato Bluesummers, a fanatical henchman of Knives who shares his nihilistic philosophy and possesses telepathic powers, who sends them out to attack Vash and cause him as much suffering as possible. He also is the owner of Vash's real left arm. 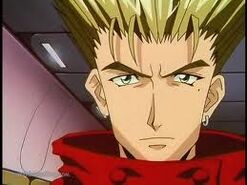 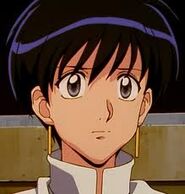 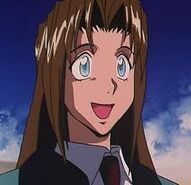 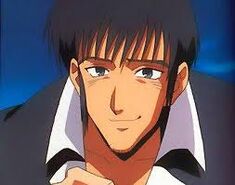 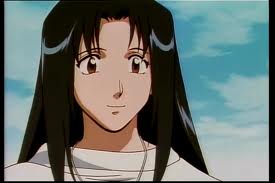 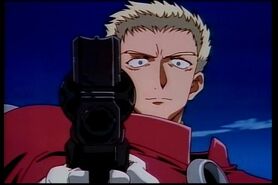 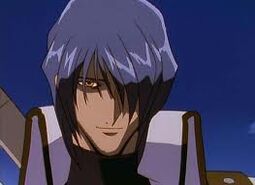 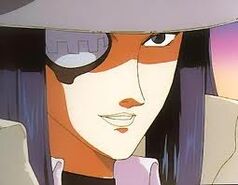 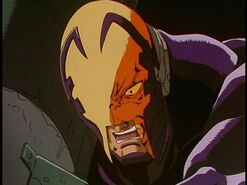 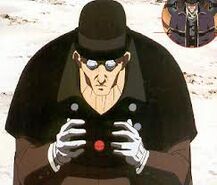 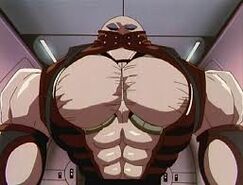 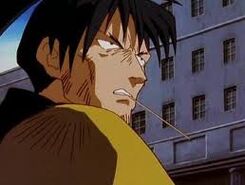 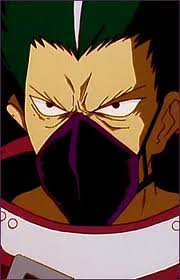 Mine the E.G. Mine 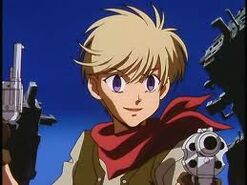 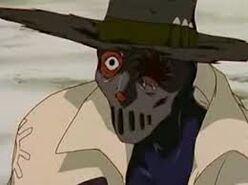 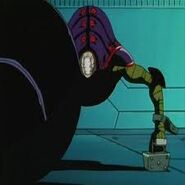 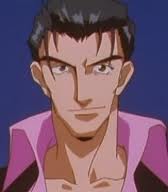 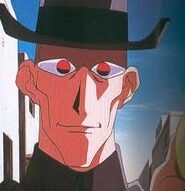 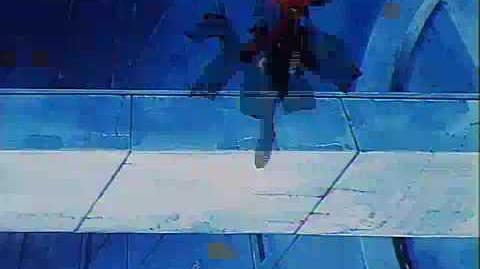 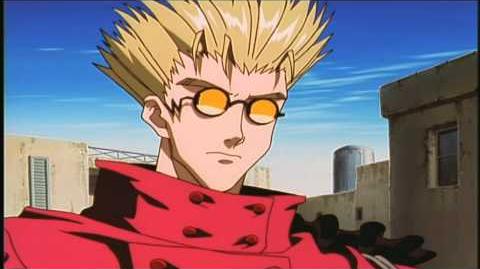 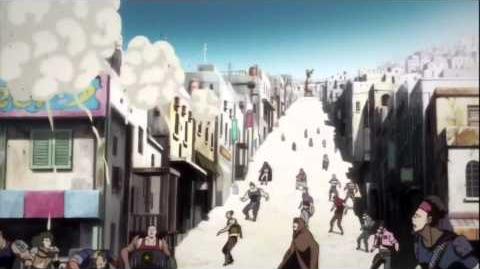