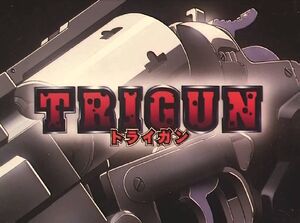 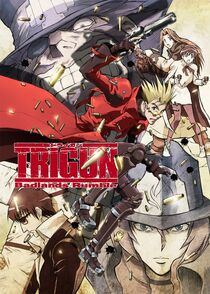 Trigun: Badlands Rumble is a 2010 Japanese animated action comedy film produced by Madhouse, written by Yasuko Kobayashi, and directed by Satoshi Nishimura. the film is based on the Trigun manga, written by Yasuhiro Nightow, as well as the Trigun anime.

The film was shown to an American audience first at the Sakura-Con 2010 in Seattle, Washington on Friday, April 2, 2010. Following the showing, the director held a 15-minute Q&A session before the movie, explaining the reasons it was not dubbed or subbed, and why it was premiered first at the convention, also explaining the new characters.

FUNimation Entertainment announced at Anime Expo along with film producer Shigeru Kitayama that they had licensed the film and plan on releasing it theatrically in the United States. Funimation released the film on DVD and Blu Ray on September 27, 2011.