8:30 PM
Ultimate Avengers (also known as Ultimate Avengers: The Movie) is a direct-to-DVD animated film loosely based on the Marvel Comics limited series The Ultimates, and released by Lionsgate Home Entertainment as part of the Marvel Animated Features series. The film features Captain America, Iron Man, Giant Man, Wasp, Thor and Black Widow as they form the team The Avengers to foil an invasion by extraterrestrials known as the Chitauri. This film was followed by a sequel titled Ultimate Avengers 2: Rise of the Panther.

In the last days of World War II in Europe, Captain America, due to enhancement by a "Super-Soldier Serum", prevents the Nazis from launching an intercontinental missile. They are also soon revealed to be shape-shifting extraterrestrials led by one acting as SS officer Herr Kleiser. The exploding missile knocks the Captain out and he falls into the icy waters of the North Atlantic, presumed dead.

60 years later, Captain America is found and revived by a S.H.I.E.L.D. team led by General Nick Fury. Bruce Banner and Betty Ross lead a team of scientists working to recreate the Super-Soldier Serum in order to try and stop the real power that backed the Nazis - the alien Chitauri. Banner thinks the Super-Soldier Serum is the key to him controlling the Hulk, and he secretly uses his blood to try to create a cure, instead of using candidates that had been selected for the rebirth procedure. As Captain America reunites with his old friend James "Bucky" Barnes, he also learns that his past lover Peggy Carter, is married to him and has lived a happy life. Despite being happy for his friends and everyone that he loved, Captain America still feels lost in the present world, unable to find the happiness that he wants.

The Chitauri destroy a S.H.I.E.L.D. satellite designed to track the alien ships. So Fury is forced by superiors to order the implementation of "Project Avenger", to gather together a team of superhumans. Fury tries to recruit - with mixed success - Giant Man (a scientist recently redacted from S.H.I.E.L.D), Wasp (Giant Man's wife), Iron Man/Tony Stark (an industrialist playboy), Thor (the Norse God of Thunder) and Black Widow, a S.H.I.E.L.D. assassin. After several setbacks, including a botched mission that led to almost the entire team quitting, the heroes unite to fight the Chitauri. Although successful, the team must then fight an out of control Hulk. Banner wanted to try his new serum against the attacking aliens, releasing his alter ego for the battle and ended up losing control in the process. The team managed to eventually distract the Hulk long enough for Betty to calm him, and Banner is then incarcerated.

In the aftermath of the battle, Captain America is visited by Peggy in the hospital and the two reunite after 60 years. Assuring him that she has lived a full life, Peggy tells him that she wants him to be happy and that he should find happiness as well. The movie ends as Captain America joins his fellow Avengers to celebrate their victory. 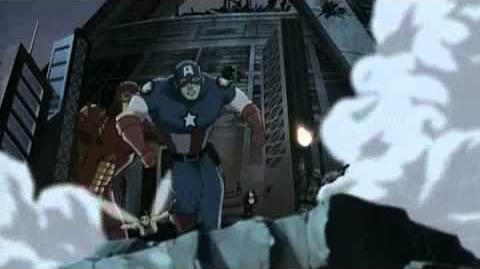 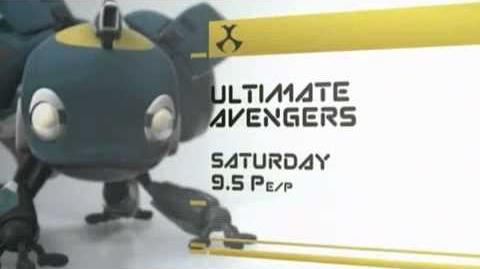