Ultimate Avengers 2: Rise of the Panther

9:30 PM
Ultimate Avengers 2 (also known as Ultimate Avengers 2: Rise of the Panther) is a direct-to-DVD animated film and the sequel to Ultimate Avengers. It is loosely based on The Ultimates, the limited comic book series by Marvel Comics under the Ultimate Comics imprint. This film is somewhat darker than its predecessor, hence the TV-14 rating, but it still follows a similar plot. The story follows the Avengers as they aid a new hero, Black Panther, in saving his village from the Chitauri.

T'Challa, the Prince of Wakanda, returns home to find his kingdom is being attacked by the alien Chitauri. Herr Kleiser, the alien shape-shifter who battled Captain America during World War II, kills T' Challa's father and seeks Wakanda's store of vibranium, the metal the Chitauri use to manufacture their ships and weapons. After becoming king and assuming the alias of the Black Panther, T' Challa seeks out Captain America. General Nick Fury of S.H.I.E.L.D. orders the Avengers to assemble, with the exception of Thor (who foresees a future in which the Avengers die in battle, which his father Odin confirms) and the Hulk who, as Bruce Banner, is interrogated in a cell.

Despite mistakenly being attacked by Wakandan soldiers, injuring Wasp (Janet van Dyne-Pym) and causing Captain America's shield to be stolen, the team rallies and, together with Thor, battle the Chitauri. Banner then deduces that gamma rays weakens vibranium and sends Betty to Wakanda with a gamma-ray projector. During the invasion of Earth Wasp recovers and Bruce Banner presumably dies from overmedication. While the team battles the mothership hanging over Wakanda, Captain America and Black Panther attempt to kill Kleiser, whose regenerative powers prove too strong. Instead, they drown him in liquid vibranium. Giant Man and Iron Man use the gamma-ray projector on the mothership core and send it crashing to earth. Giant Man is mortally wounded and dies in Wasp's arms. Iron Man, near death, is revived by Thor's summoning of lightning, confirming that he is the Norse deity. The Avengers hold a celebration in tribute to Giant Man and it is revealed that Banner survived by transforming into the Hulk at the last moment, fought the Chitauri, making Dr. Oiler's death in vain, and he leaves. The film ends with Captain America and Black Widow resuming their relationship and sharing a passionate kiss. 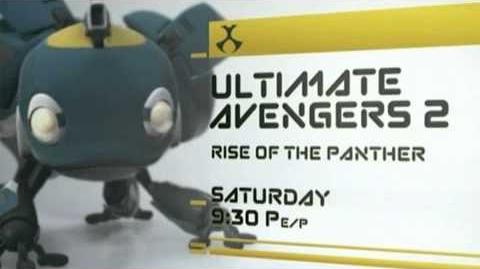