July 10, 1999 - February 26, 2000
Voltron is an American adaptation of two Japanese anime series from Toei Animation: Beast King GoLion and Armored Fleet Dairugger XV. Voltron was produced for American audiences by Ted Koplar through his production company World Events Productions. The series was created by Peter Keefe and John Teichmann in 1984 using the Japanese source material. The producers had no means of translating the Japanese series into English, thus they surmised the plots, created all-new dialogue, edited out the more violent scenes and remixed the audio into stereo format. The series aired in syndication in the United States from September 10, 1984 to November 18, 1985.

The "Lion Force" episodes (season 1) aired on Cartoon Network's Toonami programming block from its debut on March 17, 1997 until October 3, 1998, as well as the Midnight Run from its debut on July 10, 1999 until February 26, 2000.[1] Voltron was notably the first anime to air on Toonami, preceding the block's success with Dragon Ball Z, Sailor Moon and many other anime titles in the years to come.

The first season was edited from Beast King Golion, Voltron featured a team of five young pilots commanding five robot lions which could be combined to form Voltron. In this undefined future era, the Voltron Force was in charge of protecting the planet Arus (ruled by Princess Allura) from the evil King Zarkon (from planet Doom), his son Lotor, and the witch Haggar, who would create huge Robeasts to terrorize the people of Arus. Despite being the first of the two robots to appear on American television, the "GoLion" version of Voltron was regarded as "Voltron III" within the storyline because, within the original planned "three-Voltron" continuity, Arus was the furthest setting from Earth's side of the universe ("Voltron I" being intended for the Near Universe, and "Voltron II" for the Middle Universe).

Keith — Commander and leader of the Voltron Force, who pilots the Black Lion that forms the bulk and head of Voltron. Keith wears a red uniform. Keith is a quiet individual who spends much of his time pondering his decisions, thinking up new strategies, and simply being a leader. He also has a hobby of reading books and can often be found doing so either in the pilot's lounge, or in his room. He seemingly cherishes Princess Allura and is thought to be somewhat protective of her.

Lance — Second-in-command of Voltron, who pilots the Red Lion that forms the right arm of Voltron. Lance wears a blue uniform in the original series and a metallic red uniform in Voltron: The Third Dimension. He is a tall man, both wiry and wily, and Lance is always cracking jokes and teasing others whenever he gets the chance. He is the only one in the group who contests any of Keith's commands. He is a ladies' man and a great pilot, though reckless at times.

Pidge — Pidge is the youngest, smartest, and smallest of the group; he pilots the Green Lion that forms the left arm of Voltron, and wears a green uniform. His home planet Balto (Earth in the Japanese version) was destroyed by nuclear missiles from King Zarkon. Pidge graduated from the academy at a young age, and his specialty is science. Like the others, he is well-trained in martial arts, and uses his size and agility to his advantage. Pidge is not afraid to speak his mind, especially to the villains. His heart is often in his words. Pidge has a twin brother, Chip, who is a member of the Vehicle Voltron Air Team. In Voltron Force, Pidge continues to be the brains behind the force, developing the castle defences and upgrading and providing maintenance for the Lions.

Sven — stoic pilot who initially flies the Blue Lion, Sven was part of the scout team, under Keith's command, sent by the Galaxy Alliance to Planet Arus. He and the others had witnessed a massive bombardment by Doom, and he was captured along with the others. After escaping from Planet Doom, he and the others made contact with Princess Allura and Coran in the Castle of Lions. Sometime later, he had rescued Lance from an attack by Haggar, and ended up seriously injured. Eventually, he was transferred to a hospital on another planet. But Doom attacked that planet, and Sven was captured and taken as a slave to Planet Doom. He later reunited with the Voltron Force when he helped Romelle escape from Planet Doom. Sometime after his escape, he joined Romelle instead of flying Blue Lion (control of which passed to Princess Allura) or otherwise serving the Voltron Force in a reserve capacity.

Hunk — muscular yet soft-hearted mechanic who pilots the Yellow Lion, A graduate of the Space Academy, Hunk did field training on one of the worlds of the Galaxy Alliance. He was assigned to the scout team, led by Keith, which was sent to Planet Arus and was captured by the forces of Doom. Captured After escaping Planet Doom, he and the others made their way to the Castle of Lions on Arus.

Princess Allura — the young princess of Arus who takes over the Blue Lion after Sven becomes unable, Princess Allura spent at least part of her childhood in the Castle of Lions. Her parents were often away on royal matters. During her childhood, she met the Space Mice. Sometime before the events of the series, her father was killed. At the time Keith and company arrived on Planet Arus, she and Coran were the only people in the castle. After the castle got a new keep Princess Joins Up, survivors of the bombing of Arus went to the castle to volunteer to fight the forces of Planet Doom. After Sven was injured in an attack by Haggar The Right Arm of Voltron, Allura started flying the Blue Lion. She spent at least a few months balancing training to fly Blue Lion and executing her duties as princess.

King Zarkon — King Zarkon of the Planet Doom is one of the rulers of the Drule Empire, though by no means the absolute ruler. He is constantly using others as scapegoats for his own failures, including his son Lotor.

Prince Lotor — He dislikes his father greatly, and wishes to rule in his place with Princess Allura by his side, to whom he has developed a strong and obsessive attraction. While Lotor (a notorious womanizer) initially simply wanted Allura as part of his harem, he eventually grew a genuine albeit twisted love for her (wanting her as his queen instead of Princess Corral). So powerful is his attachment that he is unable even to destroy a holographic image of Allura. Lotor also has an even stronger hatred with Keith, because he's seen Allura's love towards Keith. Because of Allura and Keith's love, Lotor is more determined to kill Keith than any other Voltron Force member. Lotor is a very sly, smart, smooth, powerful man, who exudes force and emanates what seems to be pure evil, except when Allura is around.

Haggar — Haggar the witch is the one responsible for creating all of the Robeasts (or Galran Beast Fighters) that Voltron must destroy. She is notorious for using her dark magic to cast hypnotizing spells over people. Though she was once good and beautiful, she is now evil and ugly. It is implied in the 'Fleet of Doom' film that she was one of Zarkon's old love interests, and possibly a concubine. It was Haggar who was responsible for originally splitting Voltron into five components in the American version.

Yurak — the ill-fated commander of King Zarkon's forces, he is disgraced for his losses to Voltron. He is transformed into a gigantic Robeast in hopes of redeeming himself. However, he is killed by Voltron. Yurak's death is one of the few onscreen character deaths that were retained for the American Voltron release. An Old commander, Yurak obviously survived his fair share as shown by his cybernetic eye and arm. As a Robeast, he mostly retained his old appearance except with longer ears and an additional robotic arm. Robeast Yurak also kept his personality and intelligence unlike Avok and Twyla's brother.

Queen Merla — Zarkon intended to have his son Lotor and Merla marry, but it didn't work out. She has the ability to tap into people's minds and control them. She is usually accompanied by a vulture which is on her shoulder. This vulture has the ability to sense people who have bad thoughts about the Queen and react negatively. Like it did at Lotor in th episode Enter Merla: Queen of Darkness. 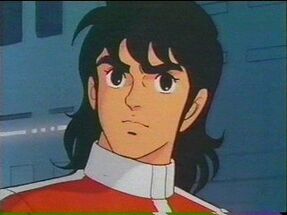 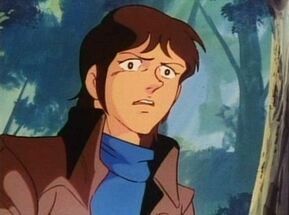 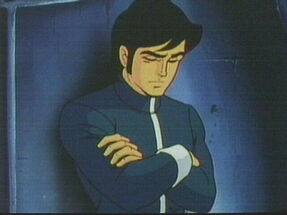 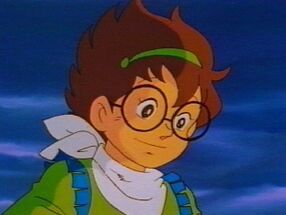 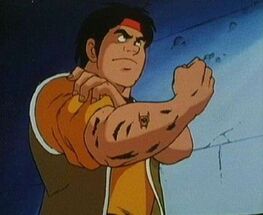 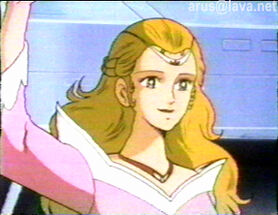 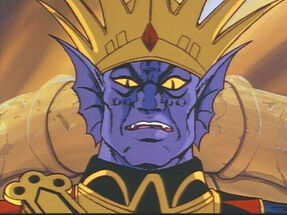 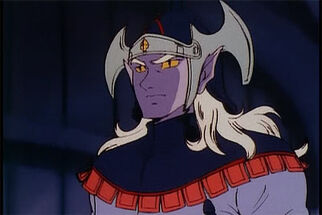 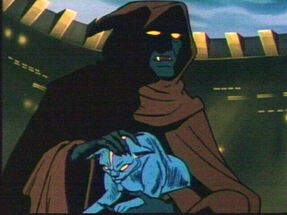 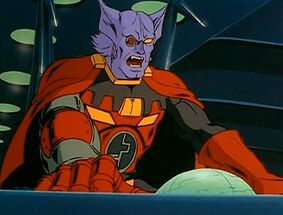 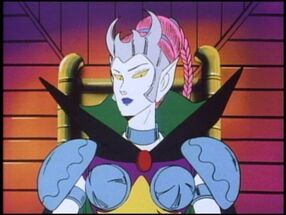 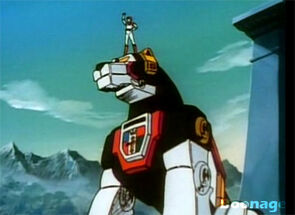 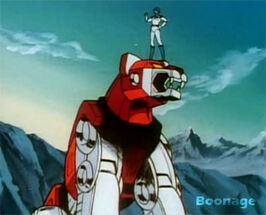 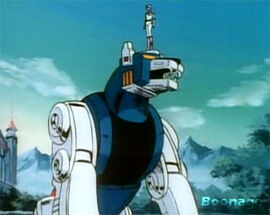 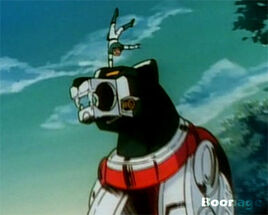 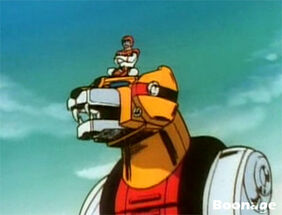 The "Lion Force" episodes (season 1) of Voltron began airing on Cartoon Network's new weekday afternoon Toonami programming block on March 17, 1997 at 4:45 PM. The series was removed from Toonami after the January 9, 1998 broadcast and was replaced in the lineup by Robotech on Monday, January 12th. Reruns returned for a second run on the block on May 4, 1998 at 4:00 PM, replacing Thundercats. On June 1, 1998, the series moved to the 5:00 PM time slot so that the new series Sailor Moon could take over the 4:00 PM time slot. Voltron last aired on the weekday afternoon block on Friday, July 24, 1998.