Wulin Warriors: Legend of the Seven Stars, or simply Wulin Warriors, is a 13 episode (extracted from the fourth story arc of Pili) English-language edited version of a Taiwanese puppet television series called Pili. Pili is a Taiwanese television phenomenon that's been around since the mid-80s, and it uses a combination of wire-manipulated puppets and special effects instead of traditional animation techniques.

Wulin Warriors aired in the United States on Cartoon Network's Toonami block in February of 2006.[1] The series aired on the block at the request of network executives, but was taken off the block due to poor ratings and various complaints after only 2 episodes. The thirteen dubbed episodes resurfaced in March of 2007, on AOL Kids, but were then removed and unavailable. In 2016, all 13 episodes were uploaded to youtube.

Wulin Warriors combines the ancient art of Budashai puppetry and state-of-the-art special effects with a captivating narrative propelled by thrilling martial arts action. In this saga, order has been disrupted and chaos reigns in the land of Wu. The Wulin Warriors must search for the legendary Seven Stars, lost agents of order, and fight those on the dark side for control over the fate of the world.

Lone Sword — Noted as the finest swordsman of his time, believed to be the future of fighting for the Wulin. Lone Sword grew up as a mere orphan, but was taken into the hands of the Oracle, where he then on dedicated his life to best his skill. It is known that Lone Sword never really interacted with anyone else other than the Oracle, or his best friend Scar. After the loss of the Lord of the Stars, the Oracle sent Lone Sword on the heavy task of finding the Lord of the Stars. The Oracle is said to have had very great of confidence in the abilities of Lone Sword, believing him to be the most promising among the Wulin Warriors. Due to this fact, there is much jealousy between the other Wulin Warriors. Lone Sword always shared a very close relationship and bond with his good friend Scar. The truth behind this fact, is that they are brothers. Even though this may be true, neither have any knowledge of this. Considering Scarab himself used to be a Wulin Warrior, seeing a good ally of his own turn against him leaves a personal mark on Lone Sword.

Scar — Scar is noted as a master of the five major schools of fighting. The diverse amount of techniques that Scar wields makes up for the prowess of Lone Sword. Scar and Lone Sword were very close friends, living with each other on the street as mere orphans. It is thought that the scar on Scar's face is there due to a conflict between one of the Seven Stars. This fact may lead up to why he shows so much distrust between them. Scar is also very suspicious of Scarab, considering him to be very power hungry. Scar also does not think the highest of one of his allies known as Phoenix. Even though Scar bares many grudges, he is still very juvial and lighthearted. Even though it may not be truly shown, but Scar truly respects the Oracle, and vows to gain its respect. He is voiced by Sean Schemmel.

Phoenix — The son of Lu Pin, who was the former king of the northern lands. However, Phoenix's father, Lu Pin was soon replaced by the Dragon King, who was more popular. Phoenix left his region blemished with shame. Phoenix swore to get revenge against the Dragon King, in which he teamed up with the other Wulin Warriors under the Oracle, in order to become a much greater warrior. However, at the time of Phoenix's first training with the Oracle, he was at a mere age of 6. Even though that was so, he still truly proved himself as a Wulin Warrior. Phoenix greatly looks forward to the day when he will finally take back the throne. Phoenix also puts much pride in his noble birth, believing that it will be the reason to prove that he is the greatest warrior. His subordinates however don't much think so, even though his skills still only rank slightly below that of Scar and Lone Sword. Phoenix soon finds out how much the Oracle truly admires Lone Sword compared to him due to the different balance of skill. Because of this, Phoenix hides deep envy. Yet with all of these flaws, he is still a great friend to the other Wulin Warriors. Phoenix has a very strong sense of self-worth, and takes pride in his great abilities. Because of his envy for Lone Sword, Phoenix was manipulated into joining Scarab's army.

The Oracle — Even though the Oracle is never truly known at leaving his perch atop the mountain, he still provides a large quality of insight and training to the Wulin Warriors. The Oracle is also seemingly frail, and always demonstrates himself to be a great instructor and molder of young warriors. There however was a rumor passing around at that time that the Oracle was the first Wulin Warrior many generations in the past. The time they are in now is uttered with great confusion, and only the Oracle knows of where the Lord of the Stars truly is. The Oracle also spends most of his time training the Wulin Warriors in order to gain a deep sense of intellect and leadership. The Oracle also provides many prophecies to Lone Sword and Scar, which in the end turn out to be true.

Scarab — Scarab at one time himself was a Wulin Warrior who joined Oracle at the same time of Lone Sword, and Scar. At that time however, Scarab was the strongest of all the Wulin Warriors, and the favorite of the Oracle. However, Scarab was unable to show humility and self-sacrifice rather than power, along with failing in a test of compassion. As a result of Scarab's lack of discipline, he was immediately sent into exile. Doing this truly hurt the Oracle deeply, due to Scarab being his most promising student. Scarab then vowed revenge against the Oracle and the rest of the Wulin Warriors. After hearing of the disappearance of the Seven Stars, Scarab knew he had a great opportunity to start a rebellion. After a time, Scarab assembled his own army, and through his great skills at manipulation, he convinced Phoenix himself to join Scarab, effectively becoming his right-hand man.

Each Star is the only one who knows where the next one is hiding. (7th knows the location of the 6th, 6th of the 5th, etc.)

Crybaby — a very petulant man, hence by his name easily breaks into tears at the slightest of notice. Crybaby's weapon is his unthinkably loud scream and horrendous temper. Cybaby is counted among as the 6th member of the Seven Stars hierarchy, along with being the "Mouth" of the Great Dragon Constellation.

Wraithstar — Wraithstar is considered as the fairest and more mysterious personages of Wulin. Wraithstar never speaks, but only communicates through his loyal servant, Bright Road. Wraithstar's technique is that any weapon that he touches instantly is covered in a very lethal poison, which he can control at will. Wraithstar is counted among as the 5th member of the Seven Stars, along with being the "Poison-Tipped Tale" of the Great Dragon Constellation.

Four Point — Unlike the other stars, Four Point is the only member of the Seven Stars that wants to be called by his given Star name, obviously taking much pride in it. However, Four Point is the only Star that is commonly seen, due to this fact he becomes encountered by many random opponents wanting to test his skill. Four Point's ability is that he has a type of gaze that paralyzes his opponents in absolute fear, along with himself being feared. Four Point is counted among as the 4th member of the Seven Stars, along with being the "Heart" of the Great Dragon Constellation. 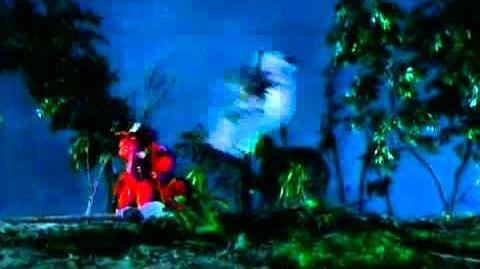