236 (List of Episodes)
Yu-Gi-Oh!, known in Japan as Yu-Gi-Oh! Duel Monsters, is the second adaptation of the manga series produced by Nihon Ad Systems and Gallop. Loosely adapting the manga from volume eight onwards, the series features several differences from the manga and the Toei-produced series that preceded it. It largely focuses on the game of Duel Monsters, tying it in with the real life Yu-Gi-Oh! Trading Card Game. The series aired in Japan on TV Tokyo between April 18, 2000 and September 29, 2004.

In 2001, 4Kids Entertainment obtained the merchandising and television rights to the series from Konami, producing an English language version which aired in North America on Kids' WB! between September 29, 2001 and June 10, 2006, also releasing in various countries outside of Japan. The adaptation received many changes from the Japanese version to tailor it for international audiences. These include different names for many characters and monsters, changes to the appearance of the cards to differentiate them from their real-life counterparts and various cuts and edits pertaining to violence, death and religious references to make the series suitable for children.

Yu-Gi-Oh! premiered on Cartoon Network's Toonami block on August 6, 2005[1], one week after Yu-Gi-Oh! The Movie: Pyramid of Light premiered on Toonami. However, the series was short lived on Toonami, lasting only six weeks (episodes 119-124).

Yu-Gi-Oh! tells the tale of Yugi Mutou, a timid young boy who loves all sorts of games, but is often bullied around. One day, he solves an ancient artifact known as the Millennium Puzzle, causing his body to play host to a mysterious spirit. From that moment onwards, whenever Yugi or one of his friends is threatened by those with darkness in their hearts, this "Dark Yugi" shows himself and challenges them to dangerous "Shadow Games" which reveal the true nature of someone's heart.

As the series progresses, Yugi and his friends learn that this other Yugi inside of his puzzle is actually the spirit of a nameless Pharaoh from Egyptian times who had lost his memories. As Yugi and his companions attempt to help the Pharaoh regain his memories, they find themselves going through many trials as they wager their lives facing off against gamers that wield the mysterious Millennium Items and the dark power of the Shadow Games.

Yugi Mutou — The main protagonist of the story. He wears the Millennium Puzzle, one of the seven Millennium Items and an ancient Egyptian artifact holding the spirit of an ancient gambler. When Yugi is playing a game or under stress, he becomes possessed by the 5,000-year-old spirit inside the Millennium Puzzle, known as Dark Yugi, changing his personality to a cold and confident gambler. Initially, Yugi could be described as soft-spoken, timid, meek, and shy, but as the series progresses, his character develops to the point where he has a much bigger presence and becomes more outspoken. He fears the other personality inside him at first, however, as the narrative progresses, he grows a strong bond with his other self and considers his other soul a close and valuable friend.

Yami Yugi — His full name "Atem", is the darker side of Yugi. He is an extremely talented duelist and rivals with Kaiba, another accomplished duelist and business man. In the original manga's few chapters, Yami was brutal, mercilles punisher who made criminals and bullies suffer with cruel "Shadow Games" that he inevitably won, leading to thhe loser suffering a horrid fate of sorts.

Joey Wheeler — Yugi's best friend. Initially nothing more than a street thug and former bully; throwing Yugi's Millennium Puzzle piece into the swimming pool, disgusted at how unmanly he was. When a bully decides to be Yugi's self-imposed bodyguard in order to extort money from him, he beats up Joey and Tristan, Yugi stands up for them, and it's then that Joey realizes that he was jealous of Yugi's "treasure" all along, and later on that night, he retrieves the Millennium Puzzle piece and brings it back to Yugi's house, where Yugi completes it. Joey is touched by Yugi's behavior towards him and they become loyal friends, forming his own "treasure." After this Yugi's grandfather tutors him in how to play Duel Monsters, and he is initially rather unskilled at the game, only making his progress through additional help from Yugi, but he gains a knack for it, and eventually goes on to place second in the Duelist Kingdom Tournament. In the English version of the anime, he has a Brooklyn accent.

Tea Gardner — Yugi's childhood friend, an extremely supportive girl with a lot of spirit for her friends. Anzu is not an avid game-player and her ability is well below that of Yugi, though she exhibits some knowledge of video game RPGs during the Monster World arc. Her dueling ability is decent and she used to defeat Joey in school before he became a seasoned duelist. She is athletic, has a strong school spirit, and her secret dream is to attend a dancing school abroad in New York.

Tristan Taylor — A friend of Yugi, Joey, Tea, Miho, and Bakura. He does not play Duel Monsters that often. He along with Tea often support their friends from the sidelines while they duel.

Seto Kaiba — Or just commonly referred to as Kaiba, is the majority shareholder and CEO of his own multi-national gaming company, KaibaCorp, who aims to become the world's greatest player of Duel Monsters. To accomplish this goal, he must defeat his arch-rival, Yugi Muto. Kaiba is largely considered an anti-hero, as his motives are usually ego-centric and his relationships with the protagonists are antagonistic, but in several cases his actions are towards a good cause. He is the older brother of Mokuba. 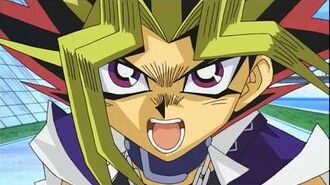 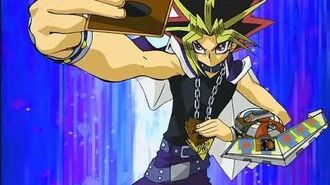 All episodes of the series have been released on DVD and Blu Ray in the United States. Also, All five seasons of Yu-Gi-Oh! are now available for free streaming on the official site, yugioh.com.

The series had a short-lived run on Cartoon Network's Toonami block from August 6, 2005 to September 10, 2005. Only episodes 119-124 of the series were shown on Toonami before it was replaced in the lineup.