Zoids: New Century
Zoids Cubed was a Toonami marathon in which four episodes of Zoids: New Century were aired during the regular Toonami timeslot on Friday, December 14, 2001, from 5:00 PM to 7:00 PM.[1]

This schedule consisted of:[1] 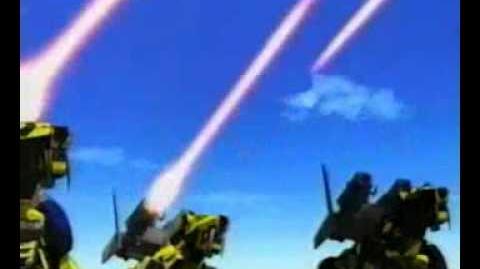 Retrieved from "https://toonami.fandom.com/wiki/Zoids_Cubed?oldid=48872"
Community content is available under CC-BY-SA unless otherwise noted.