During commercial breaks
Zurtrun is a series of 7 interstitial shorts created by Brian Wysol that premiered on Adult Swim's Toonami programming block during the Attack on Titan Marathon (12-6 AM) on August 30, 2014. However, the shorts actually started airing closer to 1:00 AM. The shorts were described by Toonami co-creator Jason DeMarco as, "sci-fi comedy shorts that tweak the tropes of cartoons we used to show like Galaxy Trio, Space Ghost, etc." [1][2] 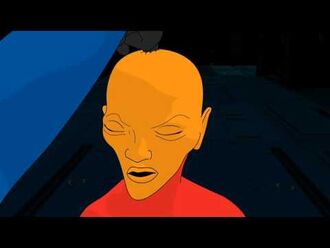 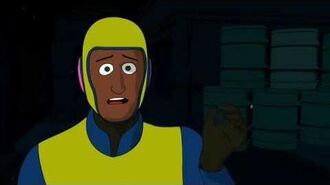